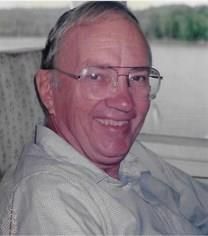 A graduate of William Penn High School (Harrisburg, PA) and Swarthmore College, he had a Master’s in City Planning from the University of Pennsylvania’s School of Design. Steve served in the US Army and National Guard from 1960 to 1963.

Steve pursued a distinguished 40-year career devoted to effective local government and community engagement. After teaching at Penn’s Fels Institute of Government and serving as a planning consultant for nearby communities, he served as Director of Planning and later Commissioner of Community Development for Springfield, MA; Director of Planning for Caddo Parish, LA; and Director of Planning, Zoning and Community Development for Escambia County, FL. He also taught as an adjunct faculty member with Springfield College and LSU-Shreveport, and held positions with Keith and Schnarrs, Ft. Lauderdale, and as President of Robert Swarthout Inc. in Boca Raton. After moving to Martin County he was affiliated with Walter Keller, Inc. in Sewell’s Point.

Steve’s numerous achievements including reaching Eagle Scout, resuming active support for scouting after retirement; membership in the Phi Delta Theta fraternity; past president of both the Louisiana and Florida Planning Associations; active in the American Planning Association; service with Florida’s Capital Center Planning Commission; past president of Habitat for Humanity, Martin County…(continue)