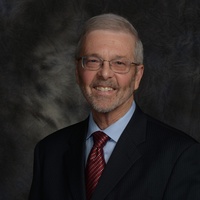 Daniel P. Olpere of Montgomery Township, Pa. passed away peacefully at home on Wednesday, April 25, 2018, surrounded by his family after a long battle with cancer. He was 66. He was the loving husband for 39 years to Diane (Beighey) Olpere.

Born July 13, 1951 in Pittsburgh, Pa., he was the son of the late Nicholas and Edna (Phillips) Olpere. Dan grew up in Oakmont, Pa.

Dan attended Penn State University, earning a Bachelor’s degree in Community Development and his Master’s degree in Public Administration. He was a life member of the Penn State University Alumni Association and loved Penn State football. Dan had a long, successful career in local government for over 40 years. He was fully committed and dedicated to providing excellent service to the communities he served. From 1979 to 1999, he served as first manager of Montgomery Township, during which the township population quadrupled. Dan had also managed the boroughs of Lemoyne and Perkasie, as well as Lower Providence Township and Upper Macungie Township. He retired from Upper Macungie Township on Sept. 30, 2017. Dan consulted for a number of municipalities through his company, Local Government Management Services, LLC, and taught as an adjunct professor in the Master of Public Administration program at Villanova University.

Dan was well-known and highly regarded in local government. He was a member of the International City Managers Association (ICMA), Association for Pennsylvania Municipal Management (APMM), and American Planning Association (APA). Dan also served as Chairman of the Board of Governors of the Norristown (Pa.) Katherine Gibbs School. He was also a longtime member of Sanctuary United Methodist Church.

Dan’s work ethic was second-to-none, but in his free time, he enjoyed tackling various household projects, working outside, watching Penn State football, and exposing his children to his favorite classic rock music. He was immensely proud of his three daughters and had a special bond with his two granddaughters.

Along with his wife, he is survived by three daughters, Lindsey Kriegel (David), Kelsey Nocero (Nicholas), and Tracey Stassi (Joseph); his brother, David Olpere (Margaret); and granddaughters, Madeline and Stella. He was preceded in death by his sister, Donna Miller (Brian), and his parents, Nicholas and Edna Olpere.