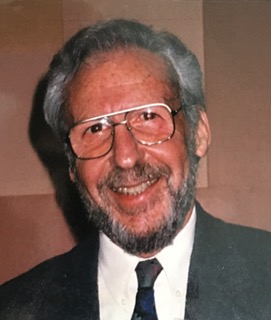 Dr. Marvin A. Brotter, AICP, a noted community planner and educator, died November 3, 2019 in Scranton. Dr. Brotter’s 65 year professional planning career began in New Jersey and continued in northeastern Pennsylvania where he was a consultant for municipalities and counties for over 60 years. He graduated from Brooklyn College with a degree in urban studies, and earned masters and doctoral degrees from Nova University. He was noted as a prolific grantsman who was successful in obtaining funding needed by municipalities to implement their plans. In the 1960s he promoted cooperative regional planning, most notably in the Lock Haven area.

As an educator he was Professor of Public Administration at Marywood College for more than 25 years. Many of his former students are planners and municipal managers serving in northeastern Pennsylvania communities. In 1992 Dr. Brotter was in the first class of planners trained to teach in the PMPEI Course Program.

Dr. Brotter was a Charter Member of the American Planning Association and the American Institute of Certified Planners. He earned many professional awards, including the Distinguished Planner Award of the Pennsylvania Chapter of APA. View obituary >>